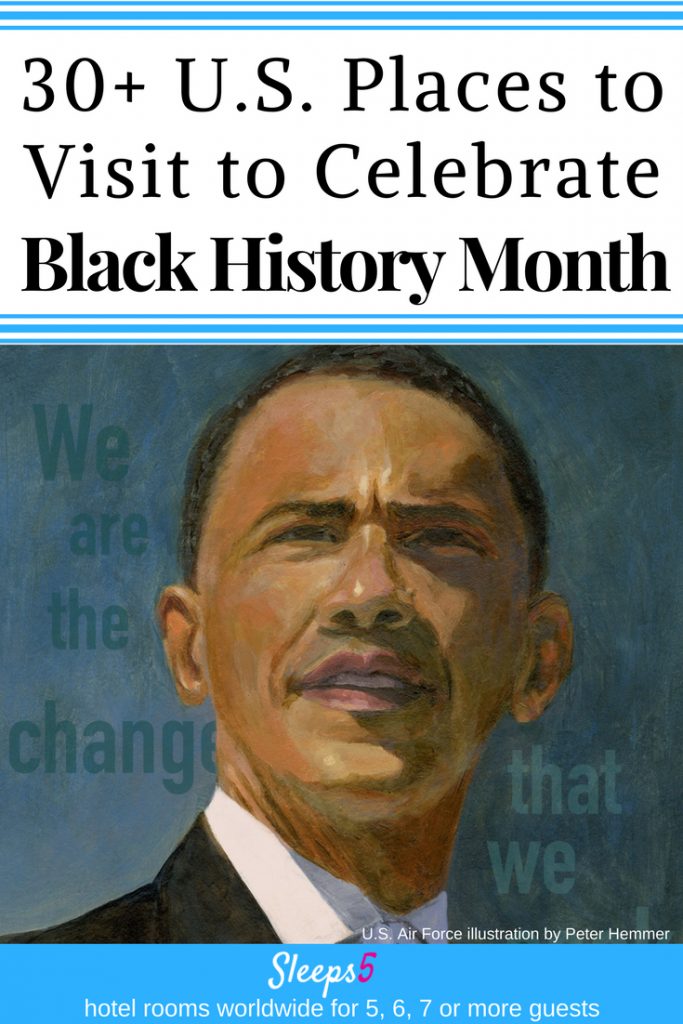 February is Black History Month, also known as African-American History Month, in the USA and the teacher in me just can’t help herself.  Readers will find below a collection of sites that represent the accomplishments, contributions and stories of African-Americans in the United States. And for further information, I have included some links to various prominent historical figures and museums. They could be good travel destinations to celebrate Black History Month.

Africans first were brought to the New World around the 1500s with the arrival of the Spanish and an enslaved work force from West Africa. Many years later, on August 20, 1619, Africans arrived in Jamestown, Virginia as forced labor for a nascent colony.  Since that time, the people of this land have struggled to fulfill the dream of equality and freedom for all, while maintaining unity among disparate people of conflicting heritages. 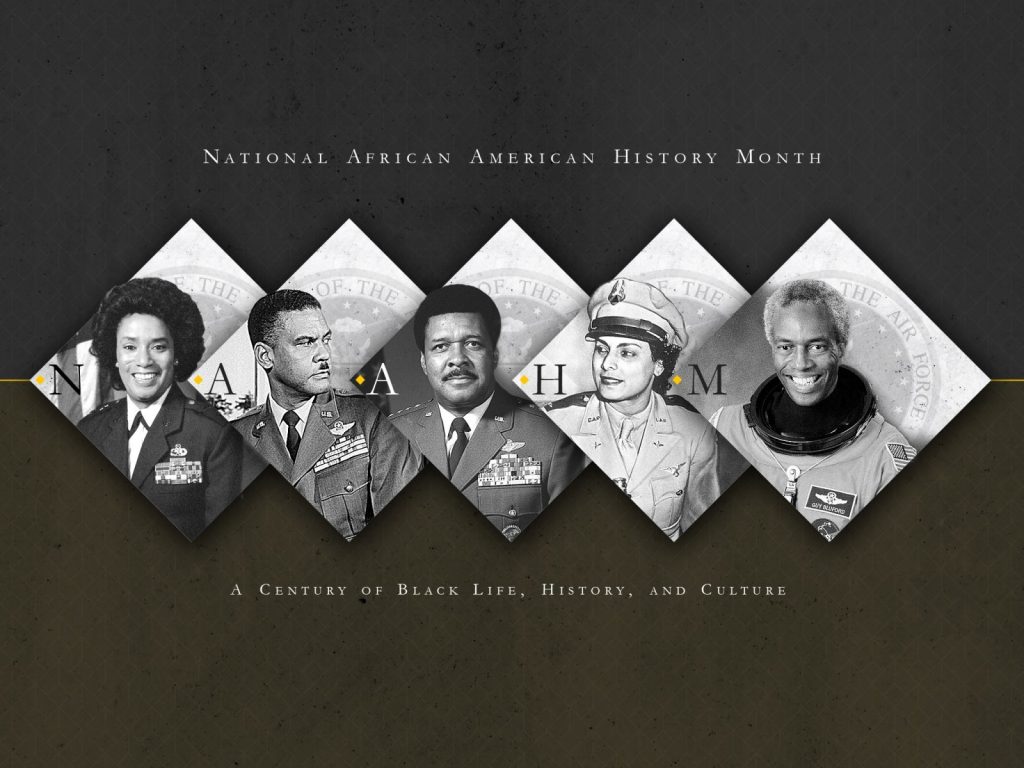 Photo above from U.S. Air Force graphic by Brandon Deloach.

Places to Visit in Honor of Black History Month: 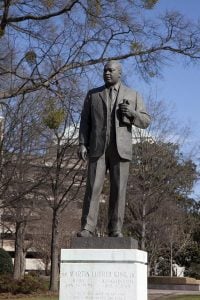 Ebenezer Baptist Church – This church is important because of its connection to Martin Luther King. He was co-pastor from 1960 until his death in 1968 along with other connections.

Atlanta University Center Historic District – This center represents the significance and importance of the traditionally black colleges located in this area.

Birmingham Civil Rights Institute – “Named by Budget Travel as One of the 15 Places in the Country That Children Should Visit Before They’re 15.”

Freedom Rides Museum – This museum explains the story behind the Freedom Riders who used non-violent protest to oppose segregation of the bus system in the South.

W.E.B. Du Bois Homesite (Great Barrington, Mass) – This is the boyhood home of the founder of the NAACP, also, a writer, educator, human rights activist, Haravard Ph D., intellectual . . . accomplishments are numerous to list. Check this guy out!

Monticello – Monticello is the home of Thomas Jefferson: a slave owner and founding father. It is also the home of his slaves who worked on this property including his children by an enslaved woman, Sally Hemings. Docents at Monticello provide visitors with lengthy descriptions of the living and working realities of its enslaved workforce.

DuSable Museum of African History – This museum was founded by Dr. Margaret Taylor-Burroughs and her husband Charles to conserve African American art, history and culture.

Ida B. Wells-Marnett House – (not open to the public) Ida B. wells was an educator, journalist, anti-lynching advocate, promoter women’s suffrage including that of black women among many other things. She was awesome, check her out!!

Hampton University National Landmark “Little Scotland” – This is a National Historic Landmark where southern slaves fled to the Union during the Civil War.

Little Rock Central High (open for tours during the summer)

National Rights Museum – This museum is located across the street from the Lorraine Hotel which is the site of Martin Luther King Jr.s assassination in 1968.

Apollo Theater – The Apollo is a historic music theater that promoted black performing artists. It is an important cultural touchstone having far reaching impact onto pop culture today.

American Civil War Museum and Canal Walk – This is one of our family’s favorites. It offers perspectives about the Civil War from Union sympathizers, Confederate sympathizers and African-Americans. The Canal Walk provides a history of Richmond including the experiences of its enslaved people.

Jimi Hendrix Statue – The statue is located in the Capitol Hill neighborhood on Broadway.

Tuskagee Institute National Historic Site – Tuskagee University started as a school for “colored” teachers. Its principal was the famous educator, Booker T. Washington. It is also renowned for its flight school that resulted in the Tuskagee Airmen who fought in WWII.

Mary McLeod Bethune House – This is the home of Mary Mcleod Bethune known for her civil rights activism on behalf of black women. The child of former slaves, she received a formal education and went on to open a school that later became a college. She was appointed by Franklin Roosevelt to oversee or represent part of the New Deal implementation.

As long as this list is, it is but a snippet of what is available to families interested in American History highlighting the art, culture, accomplishments, contributions, struggles and heritage of African Americans. Please feel free to add on your favorite links and stories and destinations or ways of celebrating Black History Month.