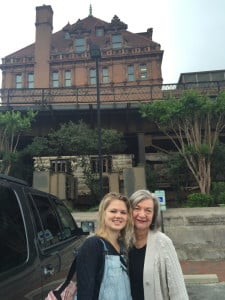 Richmond, Virginia holds an interesting place in the historical landscape of the United States. It was the location where Patrick Henry gave his famous 1775 pre-Revolutionary War call to arms speech, “Give me Liberty or Give me Death.” And 90 years later, it was the seat of the Confederacy during the American Civil War (aka War of Northern Aggression). Commercially, with its strategic location along the James River, it was the national hub for both the tobacco industry and slave trade, among other things. To the outsider, it feels like a city coming to terms with its varied past, with military leaders of the Confederate Army lining Monument Avenue.   These statues contrast with a more contemporary commemoration to Richmond native and tennis great, Arthur Ashe.  In addition, there are museums that portray thoughtful perspectives on the Civil War and the history of slavery.

The city of Richmond is a wonderful place to visit for architectural enthusiasts, with the classical State Capitol building designed by Thomas Jefferson, himself. Other buildings of note include Old City Hall, The Jefferson Hotel, St. John’s Church on Church Hill and the Main Street Train Station.

The Fan District, largely built during the late 1800s and early 1900s, houses numerous examples of neo-colonial and Italianate influenced homes, along with many other styles that blend together. West of downtown, near the University of Richmond, are many grand houses and gardens, including those open to the general public. Agecroft Hall, Virginia House and Wilton House are a few that you will find interspersed among the neighborhood. 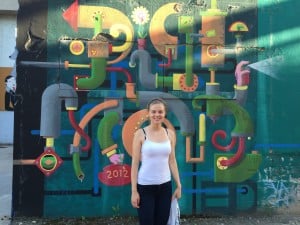 Mural by the James River

In juxtaposition to the southern vibe of gracious sophistication is a city dotted with edgy urban murals, quirky shops, and a burgeoning population of college students from Virginia Common Wealth University and the University of Richmond. These students bring their own energy and influence to this evolving city. Recent urban renewal developments along the James River and Shockoe Bottom are attracting upscale restaurants and businesses. The Canal Walk and Pipe Line Walk provide recreational, nature conservancy and historical experiences for folks visiting the downtown. 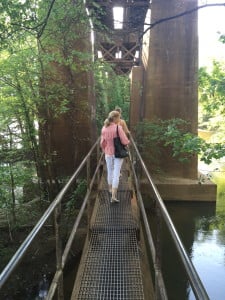 Our multi-generational family enjoyed sightseeing downtown where you can mix educational opportunities with run-around time at Maymont Park and Belle Isle.  The Richmond Children’s Museum is located downtown, as well. The Lewis Ginter Botanical Garden, west of the city, has a large children’s garden, trails, and a large domed conservancy with tropical plants and other exotics. King’s Dominion, a roller-coaster amusement park, is about 20 minutes to a half hour north of Richmond. And for the water lovers, river rafting along the James is provided by various outfits in town. The Virginia Museum of Fine Arts has a beautiful collection which is not so large to be overwhelming to kids and parents alike. Finally, the American Civil War Museum is a family favorite, which our kids visited as teenagers. It is not overly large, as it can be seen in as little as one hour. It provides an explanation and timeline of the events with perspectives from African-Americans, Union loyalists and Confederate loyalists. 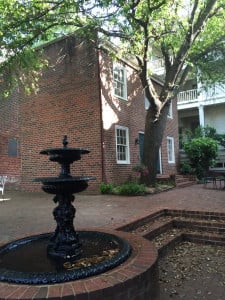