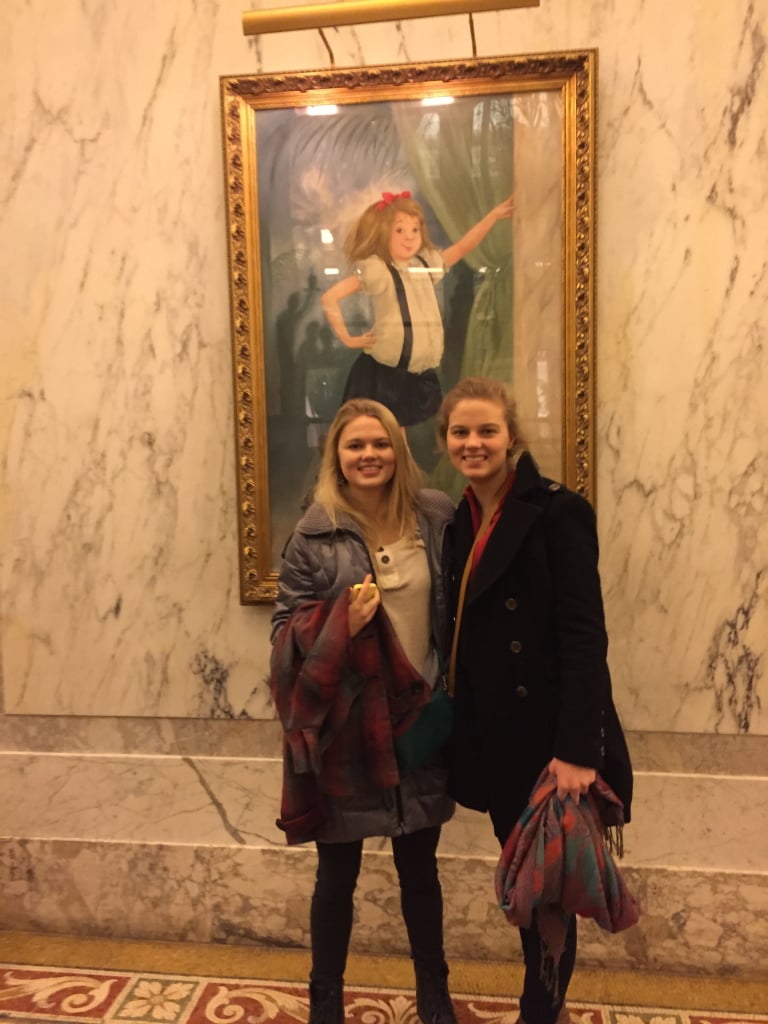 Like many a seasoned traveler, I have long avoided any and all air travel around the Thanksgiving holiday. However, there is always room for an exception–it turns out that if you want to be with your east coast college kids you will do the unthinkable and travel from one coast to another on the busiest travel days of the year. Three of us flew to NYC from Seattle, while one daughter rode the train up from Virginia where we converged upon our youngest at her studio apartment in Manhattan. The airports were full, the taxi line was long, Penn Station was teeming with humanity. It was all worth it.

New York City during the holidays is a magical place. We wisely spent Thanksgiving at Tiny’s (a charming restaurant in TriBeCa). This would be our first Thanksgiving together as a family in three years. Afterwards we walked off our collective stuffing to the home of a dear friend in the East Village. It will always stand out as one of my favorite Thanksgivings ever!!! Now bring on Christmas!!

The next morning we decided to hit the Macy’s parade. With our west coast jet lag we were in no position to get up and stake a spot on the parade route, but nonetheless, we landed at Greeley Square Park where the parade was turning a corner. We could easily see the balloons as they went by, hear the bands, and people watch as we went. Side note: those balloons are really, really big! We then made our way through Bryant Park with its Christmas Market and ice skating rink (https://wintervillage.org/visit/faq). 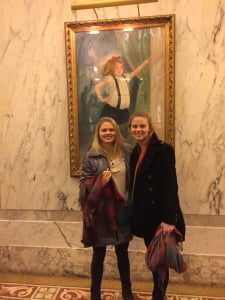 Shopping at Eloise at the Plaza, in New York City.

We moved on towards the department stores with their amazing windows–I think Lord and Taylor was my favorite, but really, window dressers seem to be in some sort of major competition for delight and spectacle all over New York (https://www.timeout.com/newyork/things-to-do/holiday-windows-in-new-york-city). Rockefeller Center had its sunken skating rink open. The famous Christmas tree was not lit until the following weekend. We visited Eloise at the Plaza; if you have Eloise followers be sure to check out her store in the lower level of the Plaza–cute, cute, cute. We popped into a few of New York’s cathedrals, which seems apropos for the season. We eventually made it into Central Park where there was still another ice skating rink. The horse drawn carriages were plodding by with their passengers bundled up in quilts.

We managed to squeeze in two live performances: Phantom of the Opera, which not everyone in our family had seen, and the following night, Stomp! I knew the Phantom would be a visual and auditory spectacle, but Stomp was a wonderful surprise. While Stomp is definitely a grownup show the younger set was laughing hysterically at the antics of various players. It is a great show for families (https://www.stomponline.com/tickets_nyc.html) It is an off Broadway production, playing in a smaller venue in the East Village, and very accessible. Our favorite place to purchase tickets for NYC theaters is at the Seaport half price ticket outlet. The lines are much shorter than up at Times Square. If you want the best seats, however, and are willing to pay full price, we have had luck going directly to the theater and or using the concierge services at the hotel.

Our short stay, also, included long walks, city bicycle rides, meals together, and so much laughing. Too soon it was time to climb back into the taxi and head to the airport. And yes, the taxi driver was stymied by the traffic, the airport was crowded, and our economy plane seats: too small. I would I do it all over again.

Happy holidays to you and your family,

Additional Attractions:
New York Festival of Light in the DUMBO neighborhood just across the Brooklyn bridge.